Joe’s lifeblood is horses and he started his competitive career as early as the age of 6! Born and bred in the Wairarapa 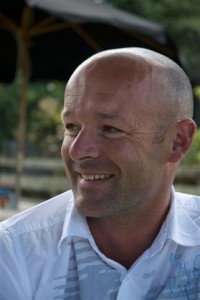 region of New Zealand his parents own and manage the successful Mamaku Stud. They owned the stallion Tara Mink… his most famous offspring being one of the greatest event horses of all time… Charisma the small star who took Mark Todd to fame and fortune in the eighties.

Born into an equestrian family, you could say that it was in his genes that he would achieve considerable success at National level and then go on to captain the NZ junior squad. In order to progress his career he took his top horse Southern Star to England in 1996 and following a lot of hard work and dedication Joe gained exposure to top level competition.

As with any event rider the highs and lows come with the territory but with the support of Mamaku Stud’s successful breeding program, Joe now boasts a yard full of successful stars plus up & coming youngsters. His top horse Snip has taken him to Senior Team representation in the 2006 World Equestrian Games as well as a 10th place at Badminton in 2006 and 7th place in 2007. In 2007 he finished 8th in the British Eventing Premier League.

In 2008 Joe achieved one of his ultimate dreams – representing New Zealand at the Beijing Olympic Games, finishing 5th in the team competition and in the top 25 individually. Joe ranked 13th in the 2008 overall BE points table with highlights including: 20th at Badminton on Ease on Fire; 14th in the World Cup Qualifier at Chatsworth International with Ariki & 3rd in the CIC*** with Snip; 7th in the CCI*** at Barocca with Ariki; and winning the Thoroughbred Championship at Barbury Castle International with Clifton Lush.  Since then Joe has gone on to place at Badminton several more times in 2009 and 2010 as well as excellent finishes at Burghley, Luhmuhlen, Pau and Rolex Kentucky and a 2nd place finish in the British Open Championships.

Joe is now embarking on a competitive career in the United States and is based in Ocala, Florida with his wife Ruthie Meyer. 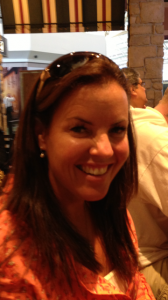 Ruthie began riding in Brussels, Belgium at the age of 10 and was immediately hooked.  As a teenager she competed in Europe, Mexico and the United States in hunters, jumpers and eventing.  Ruthie qualified for the AHSA Medal final and the ASPCA Maclay finals in high school on borrowed horses and competed in Harrisburg, Pa at the AHSA medal finals in 1986.  In University she rode for the Intercollegiate team at Hollins University at the highest level and following a few years in corporate America following graduation Ruthie decided to follow her passion back into horses by building her own business producing and selling horses in the United States.  Ruthie also had a successful competitive career in eventing through the CCI** level winning the CCI* National championship in 2006 and the CCI* at Ocala International in 2007.  Since then she has focused on her horse agent business and has sourced hundreds of successful horses competing at all levels across the United States from England, Ireland, France, Germany, New Zealand, Australia as well as from her local area in Ocala, Florida.

Together Joe and Ruthie make quite a team in sourcing the best horses in the world as well as producing and selling horses for clients across America and thus ‘Meyer Eventing and Sporthorses’ was created! 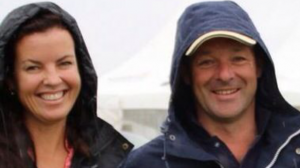 Joe and Ruthie are extremely proud of Joe’s beautiful daughters Lexi and Vivi.  Both girls are budding equestrians as well as being talented in language and music.