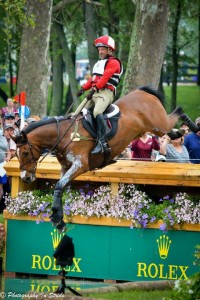 Clip Clop came to Joe as a sale horse in fall of 2014 after being produced successfully to Advanced level by owner Madison Foote.  ’Clippy’ was quite the problem child and although very successful initially with Joe at Intermediate level he still had a tendency to be sometimes naughty and cheeky.  Clippy turned the corner with a fantastic clear round in the CIC*** at Richland Park in August 2015 and has never looked back.  Under Joe’s guidance and with Theresa and Madison’s continued support they have won at advanced and achieved the qualifier needed at Fair Hill CCI*** to head to Rolex CCI**** spring 2016. After a very strong start in 2016 including 2nd place at Poplar Place CIC***.  As of April 1st Clippy was the #1 event horse in the USA and went on to complete his first CCI**** at Rolex Kentucky only one year after he completed his first CCI**.  Clips went on to place in many CIC*** in the fall of 2016 and went clear again at Fair Hill CCI***.  Clip Clop never fails to entertain where ever he goes and is always the one to watch.  Clip Clop has continues to placed in multiple CIC*** and placed 22nd at Rolex Kentucky CCI**** in 2017

Joe and Ruthie are forever grateful for owners Theresa and Madison’s support and trust with Clippy. 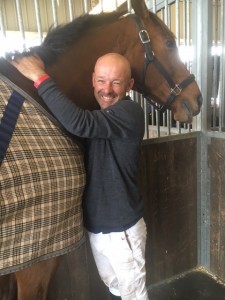 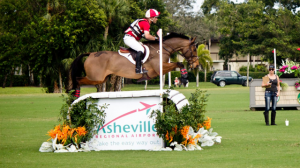 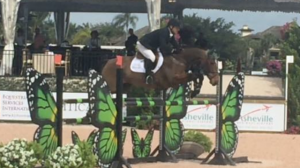 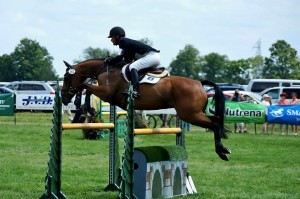